MOSSLANDSCAPE Life-size sponge is the solution!

Hardening in the cities is an issue that can cause a big problem. The surface is useful because we can now use it good as example for cars and bikes. But there is a problem behind this hardening in combination with climate change.

During my research in Agniesebuurt I counted all the materials in the district, where is a district is currently made of? And do we really need so many materials to form a neighborhood? During my survey showed that there is a huge amount of hardening, so there are 84 210 paving stones, 9 million bricks and 110 000m2 roofs. This comes down that the district owns 92 % paved surface. 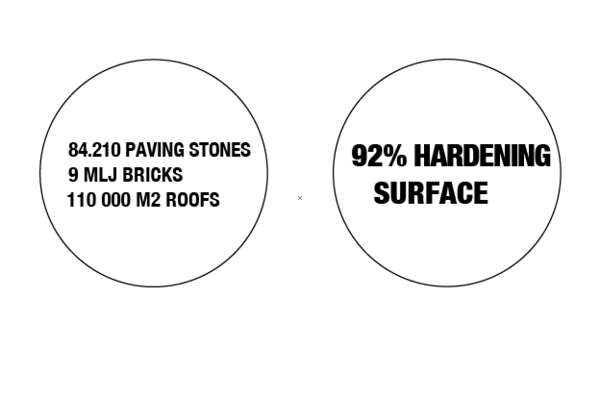 This hardening rate in combination with climate change creates a problem, especially here in Rotterdam. If climate change continues as there is a chance that we can flood in 2030. In the future there will expect more sudden rainfall and in larger quantities. Because of the many hardening the water cannot be absorbed and passes it directly to the drain, this will then sit and overcrowded neighborhoods and streets will flood. Because there is a large amount of rainfall must be discharged suddenly also affect the rivers where the rainfall in enters overflows…. 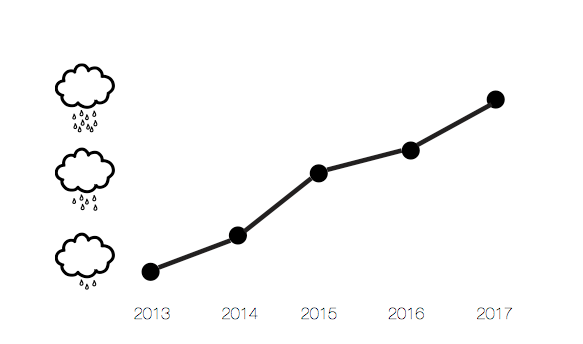 Not only the rain becomes suddenly and violently, but there will also warmer longer dry periods. Because we need a lot of water in dry periods, for example our peat dikes so that it does not sag against subsidence, population growth, all of which have potable water for the crops. This leads to longer dry periods where we have a to short on water. 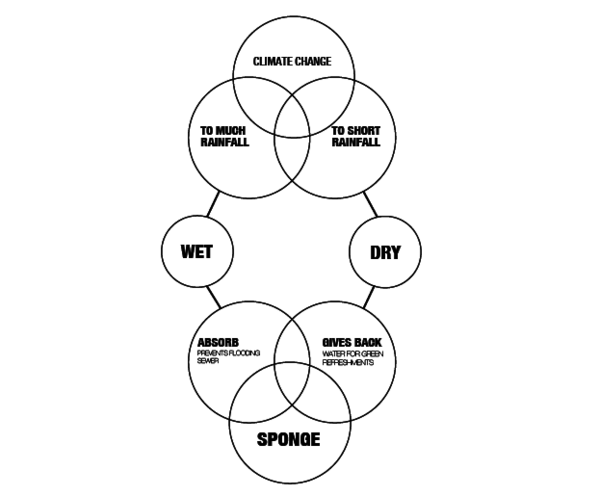 A life-sized sponge is the solution to these problems. The sponge absorbs water and can return in a drier period to wring out the sponge. A natural material that has the properties of a sponge is moss. Moss can be 20 times absorbing its own weight. And has many positive attributes, it can filter air and water, insulate, encourages biodiversity, lightweight, low maintenance and grows on everything. 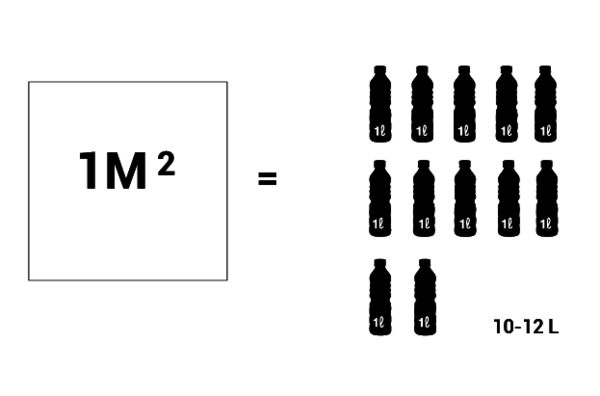 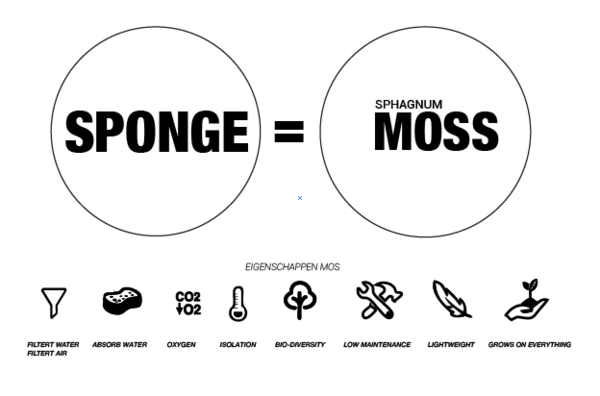 The moss I use to create a landscape within a district. A natural landscape that can grow and spread itself. It not only ensures that the water is absorbed and the water returns but it gives the district a lot of green and nature back. 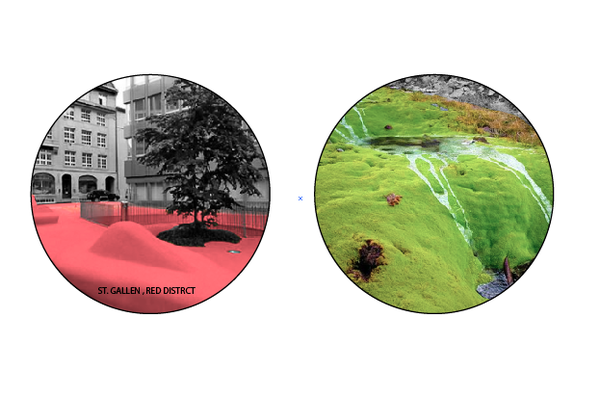 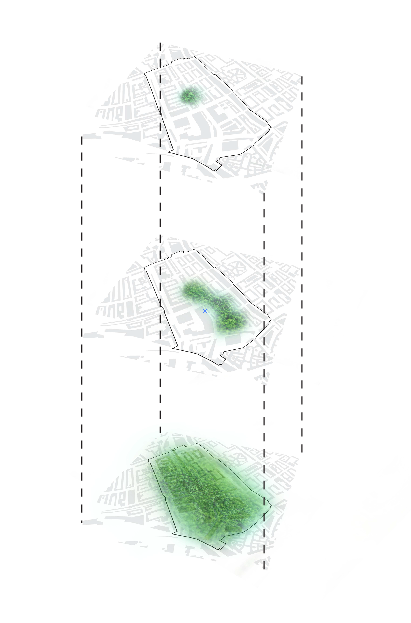 The water is included in the landscape. In the future there are many heavy rainfall a percentage will be absorb with the moss and the other percentage witch can not be absorbed can stored in the tank under the moss landscape. There are 4 to 5 points where the leftover of the rainfall can be collected and restored in the tank. Sphagnum moss is capable of filtering water with fresh moss but there have also been developed systems in which they used dried sphagnum moss to filter pools. Filtering happened again in the tanks under the moss landscape. With a dry period, the clean water returned to the moss this leads to natural streams and a cooling environment, a vapor system the water can also be returned to the people and environment for cooling. And so the circle is closed. 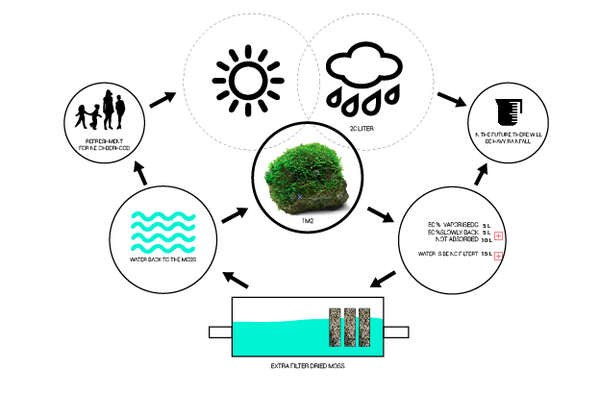 The result of the landscape is that it can record 12,600 liters of water at a time, 850,500 liters per year, 50 % of this is absorbed by the moss and evaporated, and 50% can be saved and reused. And the landscape enriches the district with a green stimulating environment.