In March 2016 the No Academy teamed up with The Hague University of Applied Sciences and the University of Technology in Sydney to launch the research programme Radical Reframing/Where Is My City? ‘Design research into the social question of radicalization, which focuses not so much on solving a problem but on finding a totally new perspective on the problem itself. This way of working, a form of ‘design thinking’, centres on questions like ‘How can we represent current research in a different way and arrive at more creative solutions?’ and ‘What interventions can we develop to come up with a more imaginative, connecting and empathic form of 'positive communication' on this subject?’

Within that framework, Eefje Cobussen (lecturer and researcher in pedagogy at The Hague University of Applied Sciences) interviewed Stijn Sieckelinck (university lecturer at Utrecht University). He has spent a decade conducting academic research into radicalization, ideals and authority, and sees these research themes of recent years come together. Sieckelinck speaks about ‘reradicalization’, which means a way of guiding youths in the process of identity building. He argues for a new approach to youths who want to channel their radical energy in a way that ultimately benefits all of society. "It really has to be organized within relationships themselves. Do you succeed in building up moral relationships of authority? By calling something a deradicalization programme, you might actually be making it impossible for those concerned. You will achieve more with programmes that seek to contribute to someone’s construction of identity in an intrinsic and sincere way." 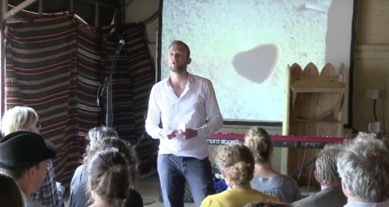 How (de)radicalized youths talk about radicalization

In his research work, Sieckelinck and colleagues have spoken to many young people and their families. (See the publications ‘Formers & Families’ and ‘Ideals Adrift’.) In ‘Neither Victims nor villains’ they argue for a truly social-educational approach.

That is what you hear time and again in those stories: youths were unable to come into contact with traditional institutes within society. Whether it’s a school, trade union, political party or mosque, they encountered some obstacle to address grievances or uncertainties.

Almost all of them stress that nobody from outside had any influence on them. So what does that say about the vast sums of money that the international community pours into deradicalization programmes?"

Reradicalization is a task for all of society

"Society should be prepared to remove the negative associations that shroud radicalness. In so doing, we remove the unique selling point of radicals, because they can then no longer say – and they are justified in saying so – ‘We are the only global movement that offers a radical alternative to a western way of life.’

That is reradicalization: at all levels of society, we should explore how we can respond better to the possibility that young people will embrace radicalness, and how can we organize that better in our own community. That also means creating more space for them to find meaning, thereby ensuring that they are not forced to look for it in the realm of orthodox religion.

You could consider it as a problem of individual youths and say: ‘Individuals should not allow themselves to be swayed by opinions that embody a radical framework.’ But you could also channel that energy. Some people are brimming with energy and passion for their ideals.

If you are disturbed by a comment from Wilders, El Bhagdadi or anyone else, it doesn’t matter who, and you have the idea that you don’t know what to do with that energy, then the first people you turn to besides your peers are those within your authority network, people of whom you can say: ‘They’ve always been good for me up to now. I could always turn to them.’ A young person in that position is looking for a public and a place to test what he can say, how far he can go. And even if he is not heard by his close milieu, he always succeeds in finding that public. All he has to do is go online."

"We call the form in which you could organize renewed moral relationships ‘authoritative coalitions’, as described in the publication Onbevoegd gezag – hoe burgers zelf de gezagscrisis aanpakken (‘Unauthorized authority: how citizens themselves are tackling the crisis of authority’).

‘Authoritative’ refers to a number of desired characteristics in a relationship with educators: not authoritarian but not laissez-faire either, it offers warmth and sets limits. ‘Coalitions’ because you’re dealing with a very complex social problem, and you cannot expect an individual professional or individual parent to exert enough influence. And it really is about exerting influence, about authority. It is about building up a relationship with young people in such way that they voluntarily yield to your authority.

My point is this. Besides formal authority, there is usually something we could call informal authority, which is moral authority. That relationship is not based on whatever uniform somebody is wearing, nor on how much they have studied, nor the position they occupy. No, it is based on their human nature, on whether somebody appeals to you. They are the type of people who can engage with youths most effectively. They can approach them in such a way that their authority is not weakened. For that’s the crux of the matter. You make advances to someone, but at the same time you are not equals and clearly providing guidance.’

Few research examines where solutions might be found in relationships between young people and their educators, relationship that are deficient now but could be improved in certain ways."

"That presupposes a government that steers towards authority instead of power, that it has more confidence in its professionals, that it is prepared to risk that matters might take a different course than envisaged.

Conflicts that might have remained invisible previously are now thrust in front of our eyes very easily because of very intense images. And we really should not underestimate their impact on young people.

In multicultural societies, globalization of information means you constantly import conflicts. That is simply the reality.

Then you hear a minister say: ‘We have to stop importing those conflicts.’ But that’s not possible. That’s no longer an option in multicultural societies to which you don’t have direct access. So you have to organize and manage those conflicts, and that is extremely difficult — just look at the Gülen episode among Turkish citizens — but there is no alternative.

With the spectre of populism rising everywhere, governments should adopt sound policies, and ensure that just over 50% of people continue to believe in the democratic project. They can achieve that by facilitating good upbringing, providing qualitative education, stimulating strong public media, injecting more nuance into public discussions. Most governments have the means, but I think they now have every reason to deploy them to the full."

This article refers to the following research publications: