This is a project about plantation workers from Congo who made sculptures out of chocolate, directed by Renzo Martens. Those people worked for Unilever many years, before another company took it over. They live at the plantation and the houses were built by Unilever. The houses are almost breaking apart and they still have to pay for the houses even the old people who can't work anymore. To make it even worse they don't get retirement fund. The idea behind the chocolate sculptures is that an artist can make art about poverty, but it would be fair if poor people can make art about their own stories and opinions and can make money form it, instead of a random artist. That is what this hole project is about. Renzo Martens directed the people and he turns the workers into artists. He is in the position to realize this project.

The main reason why this project is so good is because Renzo Martens is actually saying that there is really something wrong within art, that has critics on inequality in the world. In the Tate Modern were critical political exhibitions of artists like Ai Wei Wei. These exhibitions were sponsored by Unilever for a few years. At the end you could say that these exhibitions were sponsored by the plantation workers. This says a lot about the art world. It contributes to the inequality and should reflect on it as an art piece. In the opinion of Renzo Martens this makes an art piece wrong.

The context of this project is social and economic. With mold of the sculptures they get filled with Chocolate in Amsterdam where the biggest cacao fabric is located. People can buy this chocolate sculptures in the gallery Fons Welters. They will earn more money then Unilever ever have given to them. The goal is to sell at least 10.000 of these sculptures so they can live from it. They already raised 18.000 euros. Renzo Martens is planning to start an art center in the plantation. The goal is within 10 years the people in Congo can live there from the sculptures and the art center without his help.

Renzo Martens is creating a critical point on how critical art is being organized. If we make art about poverty of the plantation workers, they wont have the benefit of it. “The people in Congo can think critical about inequality in the world. We don’t have to do that for them. We are doing that because we can write and read but that doesn’t mean that they can’t do it ourselves.”

He is also creating gentrification in the old Unilever plantation by starting an art Centre where art can be fully independent from the world inequality. This project is participating in the world of citizen. Its improving their life’s and gives them an opportunity in a remote area to express themselves about inequality in the world trough the sculptures. They can achieve a big audience. The art center is a system of institution and this hole project is realized by the Institute for Human Activities which is located in Congo. Renzo Martens is still looking for a good structure where one part of the money is going to the Congolese artists and the other part to realize more projects for the community. He is looking for a model to create more profit to expand it in other plantations. This project creates with the sculptures a new images and stories from the Congolese people, new relationships with Renzo Martens and also with the art world.

The problem in this project is that one plantation area in Congo has been chosen to create an art center so that they can life from it. But what about other plantations? This project can be focused in more then just one area. The treat that could arise is that this area is becoming more prosperous than other areas.

Its hard to come up with a solution because this is a very smart strategic project which is reflecting on critical art and at the same time improving life of plantation workers. It would be better if this project reaches other areas and make them prosperous to. By realizing this project on the plantation area with direction of Renzo Martens, he can choose a leader from the area who can extend this idea or can create more ideas to enlarge the capitalism from the plantation area and workers. Renzo Martens can also start museums in different areas where only work from “poor” people will be exhibited. 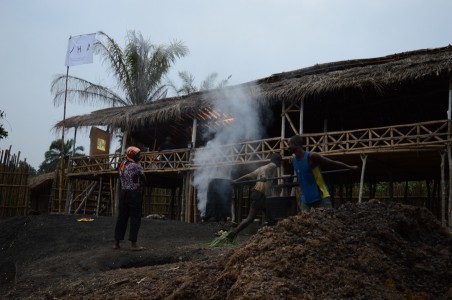 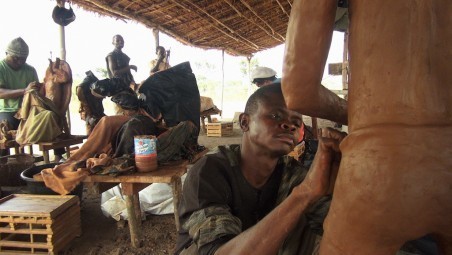 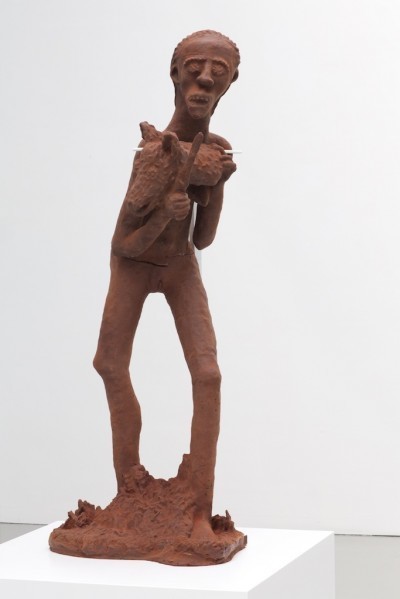