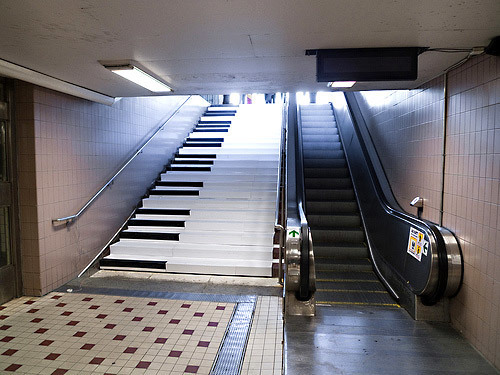 - The Fun Theory (initiative by Volkswagen)

“Can we get more people to choose the stairs by making it fun to do?”

The Piano Staircase is a project by The Fun Theory (which is an initiative of Volkswagen) from 2009. The objective of the project was initially to see if they could get people to choose the stairs over the escalator by making taking the stairs more fun to do.

This project transforms a plain staircase into a piano. These piano staircases are designed to make taking the stairs more fun and to encourage the people to walk up (or down) the stairs instead of taking the elevator or escalator. According to me the Piano Staircase project is part of the gamification issue.

Thanks to the project, 66% of the people who passed by at the original project site chose to take the stairs over the escalators. “Fun can obviously change behavior for the better.” – Quote from YouTube video.

Walking up and down the stairs is a lot healthier as opposed to taking an escalator because it keeps you moving. The reason I like this project so much is because it is something I personally care about. Lately I have been trying to get my stamina up again and I have been trying to live a healthier lifestyle. I feel like it is hard to actually accomplish these things without putting a lot of effort in it, but small things like taking the stairs can already make a difference.

This is one of the contextual qualities of this project. For example, in the U.S.A. more than 2 out of 3 adults are considered overweight or obese. 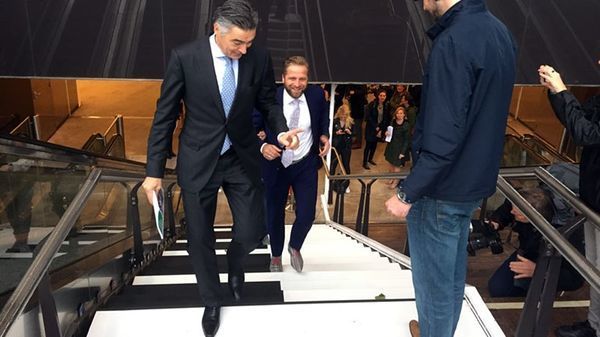 We recently (29th of June 2016) had one of these piano staircases “installed” at Rotterdam Central Station, and for me it has worked really well so far. It is that last push you need to just take the stairs instead of the escalator and for me, personally, it can really lighten up my mood.

The artistic qualities are a little less obvious or present in this project. The stairs look more fun when they are decorated as a piano, but it is not necessarily focused on the creation of something from the imagination or focused on the aesthetics of the project. Personally, I absolutely love the way these stairs look as opposed to the average station (metro or train), it gives the stations a much friendlier appearance.

The transformative qualities in this project are initially good in my opinion, but this is also one of the weaker aspects of this project. When you first encounter the Piano Stairs it is something new and fun and exciting, but when you have seen the Piano Stairs several times and after walking on them or using them a lot it can get boring. It will not be new and fun and exciting forever, and for some people (whose main concern is not being healthier or getting more exercise) this means that they will no longer care about it. Hence they start taking the escalators again.

A great opportunity is, in my opinion, the enthusiasm there is for this project on the internet and social media. I have seen a lot of people on social media asking for something like this project to be installed near where they live and personally, I would love to see more of these Piano Staircases as well, even if it is just to cheer me up while traveling. 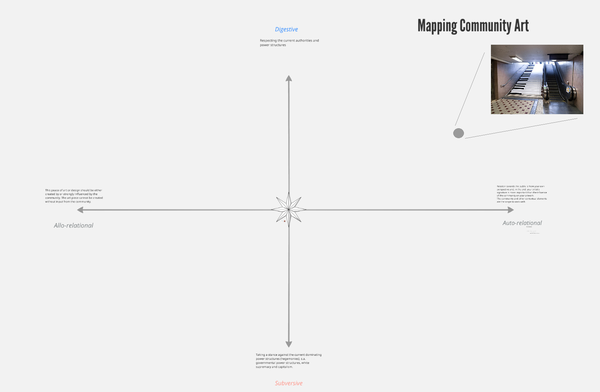 Positioning of this project

As for the other axis, I feel like this project should be placed on the digestive side. It does not conflict with ideals or any governmental issues. It is designed to encourage people to do something; get more exercise, and also to raise awareness for the problem that people don't move enough (which is why I haven't positioned my project all the way to the digestive side).