Visualize, don't show, don't tell - The Why and How of Design Fiction

Since the inauguration of Donald Trump as the 49th president of the United States, a lot of fans of George Orwells 1984 (or Orwellians as they like to call themselves) have discussed how Orwells perspective on the manipulation of truth, and the consequences resulting from that act, are portraying a vision of the near future. However, the Orwellian perspective is contested by the Huxley perspective, Postman, A. (2016), "My dad predicted Trump in 1985 – it's not Orwell, he warned, it's Brave New World", in The Guardian, available at [1]. In which not only the System World is questioned because of its desire to postpone the truth, but also the Life World is called to action to question its own information-consuming behaviour described in Brave New world. 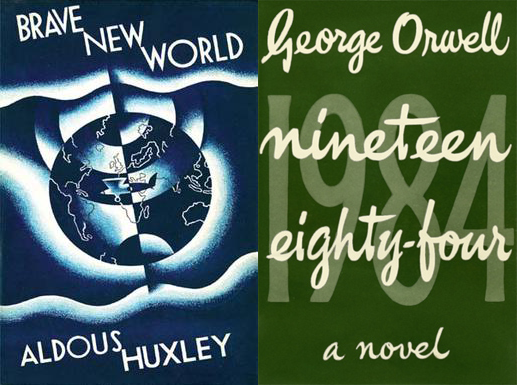 First edition of 1984 and Brave New World, both retrieved from Wikimedia Wikimedia

Both books are capable of creating a world in which we are inevitably asked to question our own and both are using the adagium Show, don't tell. This article first sets out Bruces Sterlings claim that Design Fiction are in fact capable of changing the world Bosch, T. (2012), "Sci-Fi Writer Bruce Sterling explains the Intriguing New Concept of Design Fiction", in Slate, available at [2]. Tinworth, A. (2013),"BRUCE STERLING: DESIGN FICTIONS AND THE JUDGEMENT OF HISTORY", in Next Conference Blog, available at [3].

Design fictions as the judgment of history

Background of the assignment

Sixty third year students were asked to create a design fiction object after using Kees Dorsts Reframe Method based on The Urban Agenda of Rotterdam. Students took one of the ten different Challenges, analysed them and reframed them into an image of a Rotterdam in 2030.