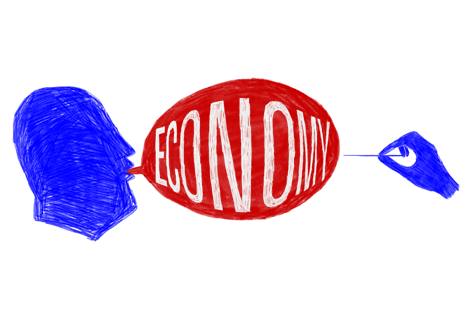 On 20 November 2014 the Willem de Kooning Academy (WDKA) hosted an event on Redesigning Business in the Maassilo in Rotterdam. The central question was whether it is possible for designers and artists to develop new business models – a highly relevant topic for designers and non-designers alike in an economy that demands new ways of tackling old problems. During the evening several entrepreneurs and designers elaborated on their inclusive and sustainable initiatives, and experts took the floor to acquaint the crowd with the ins and outs of the circular and sharing economy.

Annelys de Vet, for example, innovatively tackles pre-conceived ideas about Palestine by introducing designs and creative products made by Palestinians to the European market (link) and Duzan Doepel cleanses polluted building ground by growing industrial hemp (link). Initiatives like these characterise an era in which fancy terms such as 'transitional economy' and 'paradigm shift', that until recently were confined to academia, have become everyday buzzwords - and so they should. While terms like these perhaps create a sense of distance and abstraction, they very adequately describe the move away from a linear, centralised system towards a circular and decentralised system. More and more warning signs are emerging on a global and local scale. The volatility of global capital markets and petrified national labour markets are telling examples of a system that is increasingly defined by its harmful side effects than its core value as a bearer of constant growth. The ongoing financial, ecological and social crises and the political inability to address these issues contribute to a growing awareness that it is time to re-align, re-evaluate and re-design. The hardship of this process is rooted in the way we currently understand our economy (both academically and politically) and a new design can only be attained when we are able to let go of some deep-rooted assumptions that have supported a system for decades. 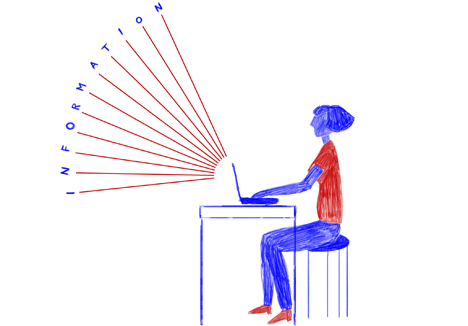 Throughout history, major institutional change has been forged by dramatic events. The Black Death in 1348 dramatically reduced population numbers, causing the erosion of the typical lord-peasant relationship; the Industrial Revolution caused the radical acceleration of manufacturing, which saw the emergence of a middle-class; and the Second World War was followed by Bretton Woods and the institutionalisation of surveillance on the international capital market (what went wrong? An interesting story too!). The rare and dramatic character that seems a sine qua non for change in socio-economic systems, is a subject of debate among scholars of many disciplines. Yet it is remarkably absent within the discipline of economics itself.

The absence of critical analysis of social change is not the only lacuna in the discipline of economics. Economists - and yes, I am generalising now - study the social world through a lens of econometric and data-driven analysis, often creating a deformed outcome that does not adequately reflect the fickleness of reality. Social phenomena are heterogeneous and contingent, demanding a qualitative element of study in order to add meaning to their dynamics. Institutions have adapted flexibly to the supplies and demands of society that are forged by, for example, major changes in population or technology that were addressed just now.

The 'data-drivenness' in economics conceals an inability to explain exactly those nuances that numbers do not illuminate. It stems from a basic understanding of what is believed the discipline should be about: one being the belief that man behaves rationally and a second the belief that growth is indefinite – or at least that we can reinvent the economy in order to ensure indefinite growth. And, as philosopher Kenneth Boulding eloquently notes: "Anyone who believes in indefinite growth on a physically finite planet is either mad, or an economist." Economics is not a faulty science at all. But the way in which the results are presented as the objective truth ignores the embedded nature of economics in society, consequently not giving us an honest reflection of what is 'out there'.

And economists are generally not that mad. Their study is intrinsically connected to politics, and ideas do travel from one realm to another. This observation is a very broad and is clearly more apparent in autocratic societies rather than pluralistic and democratic ones, but the point can be nonetheless demonstrated. One example is the political power that wealth can buy through campaign contributions in the United States. It might not be an immediate structure of cause and effect, but when taking a closer look at the process of political decision-making, economic considerations are often decisive. 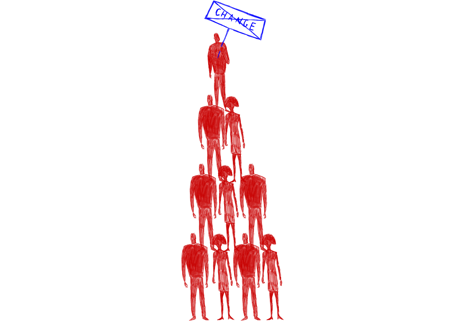 This makes economic ideas very powerful. As of today, more and more established ideas that support the economy are being challenged. As resources deplete and capital bubbles burst, it becomes apparent that constant growth is a utopian conviction: Kenneth Boulding is right. Linear growth models have become redundant and ill-equipped to explain current developments. Linearity supposes that decisions are not only based on current economic conditions but also on our expectations of the future, creating a causal clutter wherein current decisions depend on the expectations of the future, but the future depends on current decisions. This view and the econometric techniques that are used to support it make sense in a world where a small shock has little effect and a shock that is twice as big has an effect that is twice as severe. But it cannot account for the disproportional effects of a small shock, like the decrease in house prices in a national economy that had a major outcome and caused the slide of the global financial crisis. Non-linearity however – models that accommodate the fact that shocks, however big or small, affect the totality of the dynamic economic playing field and can thus lead to unforeseen outcomes – are hard to solve or understand with rational expectations and do not fit in the prevailing economic rationale.

We don't want a pandemic, revolution or war to occur in order to adapt a system of fossilised institutions. But the developments that are taking place right now, mediated through globalisation and technology, just might have a similar impact. Realising this gives us a unique opportunity to forge change from within (endogenous), rather than wait for the outcomes of the crises that surround us (exogenous). The economy is made up of millions of different people, values and ideas that form the subconscious of society. New expressions have been given to the change that is already noticeable here: networks that grow organically; access to information becomes more influential than ownership; cooperation more valuable than exploitation (see Pieter Haasnoot's and other speeches for more examples of such expressions). Taken together, all these manifestations of change are as transformative as the historical events mentioned above, and anyone who is willing to let go of preconceptions and re-evaluate their position in society can become an active part of change. But economic ideas are not tangible things we can change in an instant. Altering the fossilised institutions that guard private property, harbour hierarchy or employ top-down structures is a massive challenge that can only be taken on when the 'subconscious' is fully conscious of this task. Hierarchal organisations are not equipped to take on change, they are made to maintain the status quo.

Many are already prepared to tackle this deadlock. The WDKA believes designers can play a unique role in the transition from the old to the new by critically looking at old systems and redesigning them: their creativity and ability to think beyond what is customary can help businesses, organisations and individuals to find their place in a world that is rapidly changing. The economy is ready for their innovations – are you too?

Jenny de Nobel is a student and freelance writer based in Rotterdam. She is intrigued by the dynamics of social change and issues of inequality. Coming from an interdisciplinary background she tries to uncover these complex issues by looking beyond disciplinary boundaries.