Educating gamechangers - a look back 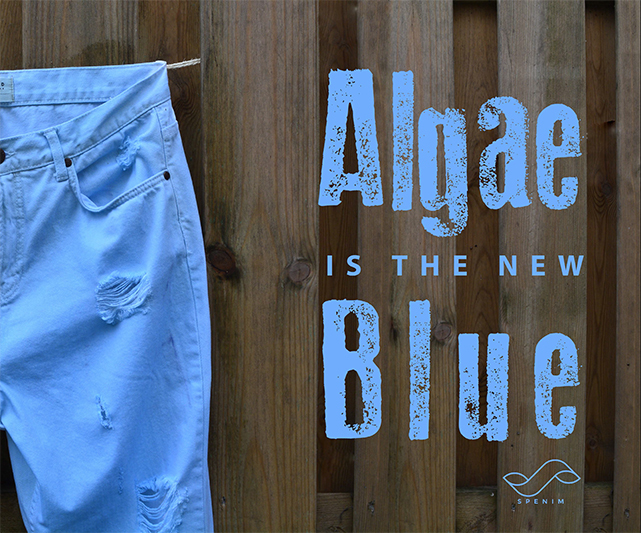 A look back at "What Design Can Do 2017"
What Design can Do organizes a yearly event in Amsterdam with a host of key speakers and surrounding break out sessions on the big topics of today and what design can do about them. In 2016 this was the refugee crisis. In 2017 this was climate change. The Willem de Kooning social practices organized a breakout session called "Educating Gamechangers" in which we posed the question: how can we best create a learning environment for young people to become the ones who solve these big topics like the refugee crisis and climate change. This article is a look back at the insights we gathered. 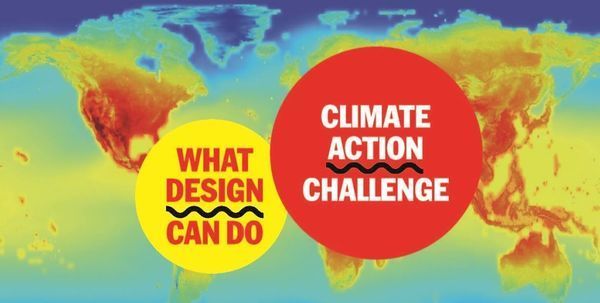 what design can do climate action challenge

What Design Can Do launched a ‘climate action challenge’, stating that (summarized): “Climate change is already here. We shouldn’t just focus on renewables and preventing CO2 outputs, we have to prepare for what disruptions the climate has in store for us.” It’s been widely recognized that the so called “refugee crisis” is in big part due to the effects of climate change. One domino piece falling and setting in motion other pieces that continue to fall until civilized society ceases to exist and people are forced to flee their homes. This crisis was actually the topic of the previous ‘what design can do’ challenge, so besides just that one crisis apparently now the focus is on all the other adverse effects of climate change as well. (That’s not to say that we shouldn’t also keep trying to keep the earth from “tipping” the dreaded 2 degrees that will set in course a runaway greenhouse effect and make our planet more like Venus that like Earth. #existentialcrisis)

"More than ever, there is a need to mentor our future leaders (students) on the urgency for inclusion, empowerment, self-efficacy and resilience. Things that aren’t self evident when merely learning a profession."

If we look back in history there has definitely been real concern for the climate change problem, at least since the 80s. But even though we saw it coming we were not able to prevent it. Just like we couldn’t “prevent” Facebook from becoming the dominant social media platform that we don’t necessarily like (pun intended) but also nearly can’t do without- like we can’t do without the comforts of a fossil fueled economy. The problem is in short: we thought we could change the outcome, while we kept playing the same game.
What has changed is that these kind of topics are now more actively being taught in schools than in the 80s. More than ever, there is a need to mentor our future leaders (students) on the urgency for inclusion, empowerment, self-efficacy and resilience. Things that aren’t self evident when merely learning a profession. That said, we shouldn’t only focus on the symptoms of climate change. You have to be aware of the complex interplay of politics, technology, environmental science, design and markets, consumer behaviors, etc. Because just trying to solve one part of the problem will not change the complete system. But then again, trying to teach all that in one curriculum is also madness.

"Teachers have to step back as a source of information and start acting more as a facilitator that helps students learn together. "

So how do we educate our students to become gamechangers while dealing with this complex interplay at multiple levels? That was we wanted to find out together with the more or less 50 participants at our session at What Design Can Do. During the event, 4 groups of students from different social practices who worked on different assignments, each gave a presentation on their projects and were questioned by our participants on the process they had during their courses and how that stood in relation to the education they were given. After that we actually asked the students themselves to tell us how we should better educate them. This is what we got (here is the gold): 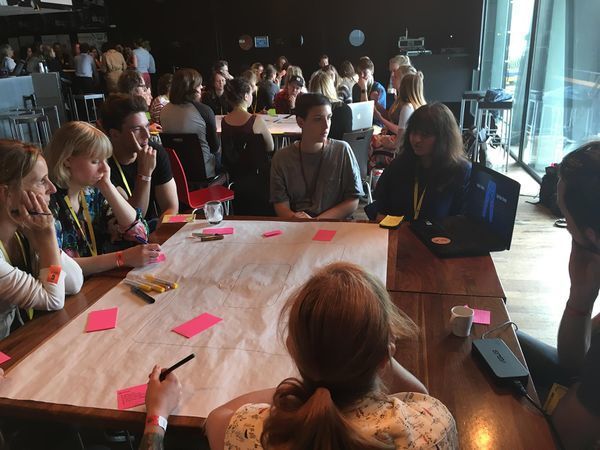 One of the table sessions of a second year student sustainability, Aayushi Katare, creator of 'Spenim' Algea is the new Blue. Her major is illustration but she did material research in order to color denim blue with algae.

The students told us that in hindsight they appreciated very much being brought out of their comfort zones because it opened up their eyes. This is for example what we try to do when we pair them up with local people in Rotterdam as part of their assignments. But it also involved having to dive into subjects they knew nothing about previously or weren’t part of their own discipline. In relation to this the need for discussion, open conversations, was expressed. Social topics, unsurprisingly, require a debate. Not just from teacher to student, but students amongst themselves. Teachers have to step back as a source of information and start acting more as a facilitator that helps students learn together. As said, politics, are a player in the grand scheme of things, and the students became really aware that they didn’t speak the “political language” yet. In fact, learning different languages, not only national but also contextual or professional jargon, is a must for being able to dive in deeper and connect the creative profession to the governmental.

"Sometimes their projects do not immediately catch on simply because they are challenging the status quo. And that's ok! We shouldn't grade them on creating something that fits but rather something that creates friction!"

A feeling often felt is that a student project finishes and remains just a good idea but never goes further than that unless a student decides to pursue it herself/himself. Connecting those ideas to the market, actually testing it with people and working out a business plan should be a part of their projects. Then again, we have to stay cautious that we don’t keep playing the same game. Sometimes their projects do not immediately catch on simply because they are challenging the status quo. That also raises the question of when such a project is actually a success. How do you measure that people’s attitudes have changed because of this project and/or the positive side-effects that might occur because of it? At least a lot of knowledge is usually created in these projects and we pay more attention that this knowledge is transferrable so that other people can pick it up. That is also an interesting new concept within the creative industry because it changes how we look at ownership. It challenges the position of autonomous or commercial artists that previously still felt they needed to own the intellectual property to make a living.
Summing up it seems like we need to rethink the question. Can you actually “educate” a gamechanger? A gamechanger challenges authority (that’s us, the teachers) and changes the rules. She/he therefore creates new ways of being, living, consuming, doing politics, technology, and so forth through her/his practice.

So perhaps... we replace “educate” with “make room for”.

What Design Can Do