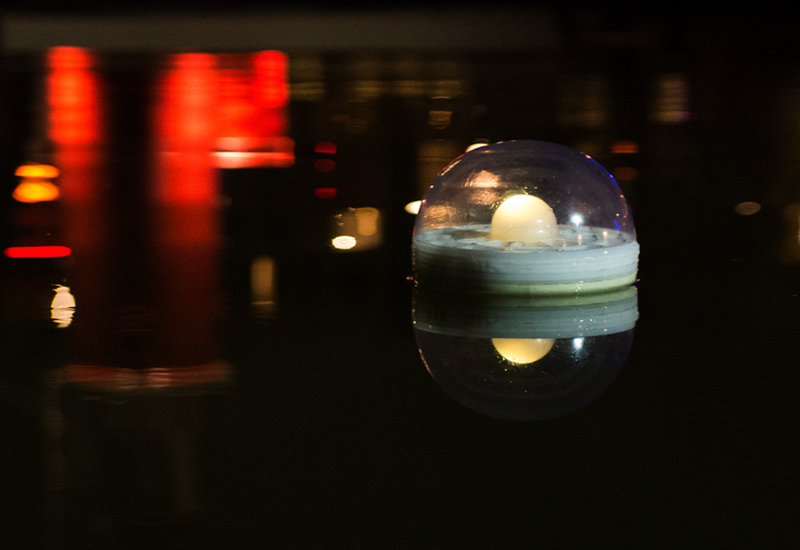 Why should we still use polluting energy sources, if there is a renewable source that also cleans up pollution?

Our research started from a particular fascination: 'Biodesign, A Cross-Pollination of Nature, Science and Creativity', which was the title of an exhibition at Het Nieuwe Instituut in Rotterdam. Our goal was to amaze people by showing them the possibilities of waste processing. Our research was an investigation into the integration of natural processes within a design process. We believe that by applying natural processes and the efficiency of ecosystems, waste processing will not cost money but can instead create value.

During our research we discovered that bacteria can produce electricity. This energy is generated when bacteria break down the organic matter contained in waste water. The microorganisms even clean the water during this process. A microbial fuel cell has an anode and a cathode side, just like a regular battery. Bacteria contained in waste water break down organic matter at the anode side, producing electrons and protons. The electrons go through the circuit and generate voltage, while the protons go through the membrane. At the cathode side, electrons, protons and oxygen together form clean water.

Future plans for unused space in the port of Rotterdam include building floating houses. Waste water from these houses combined with water from the harbour could provide electricity for the houses. This way the house becomes a kind of living organism which harvests energy and at the same time cleans the water. This technique is still in development, but is already very promising because it cleans our waste while also producing energy rather than using it. To demonstrate this technique and concept, we designed a lamp that harvests energy from water from the harbour. We call it 'Living Light'. It harvests its energy using living microorganisms in the dirty water. 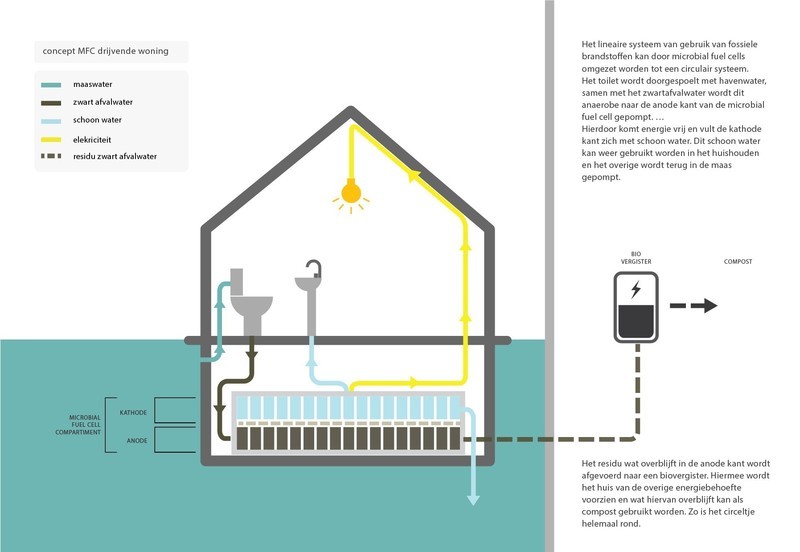 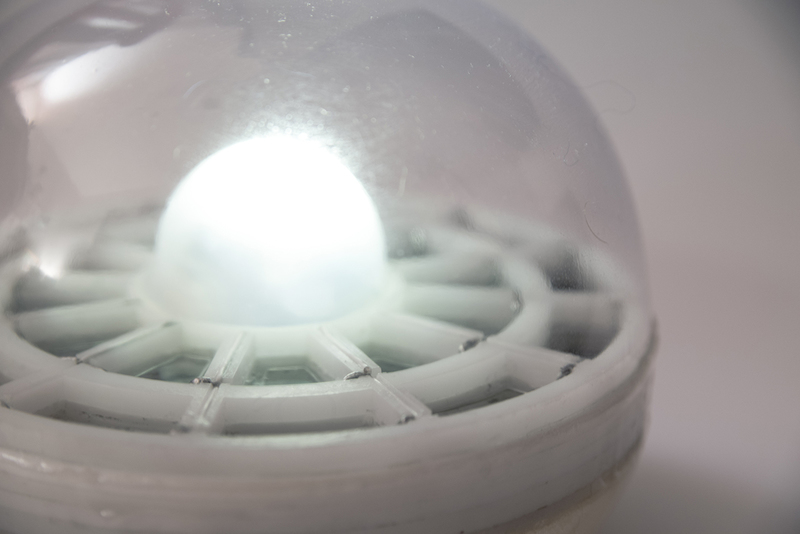 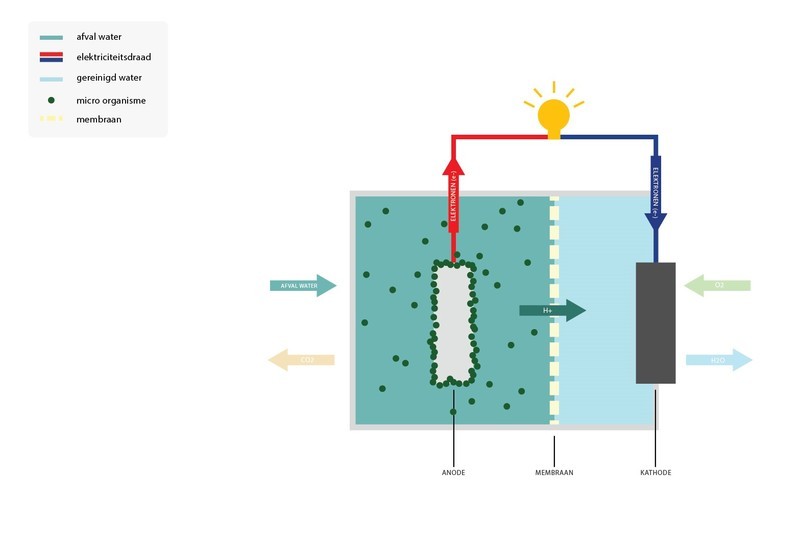