Off the record Embassy 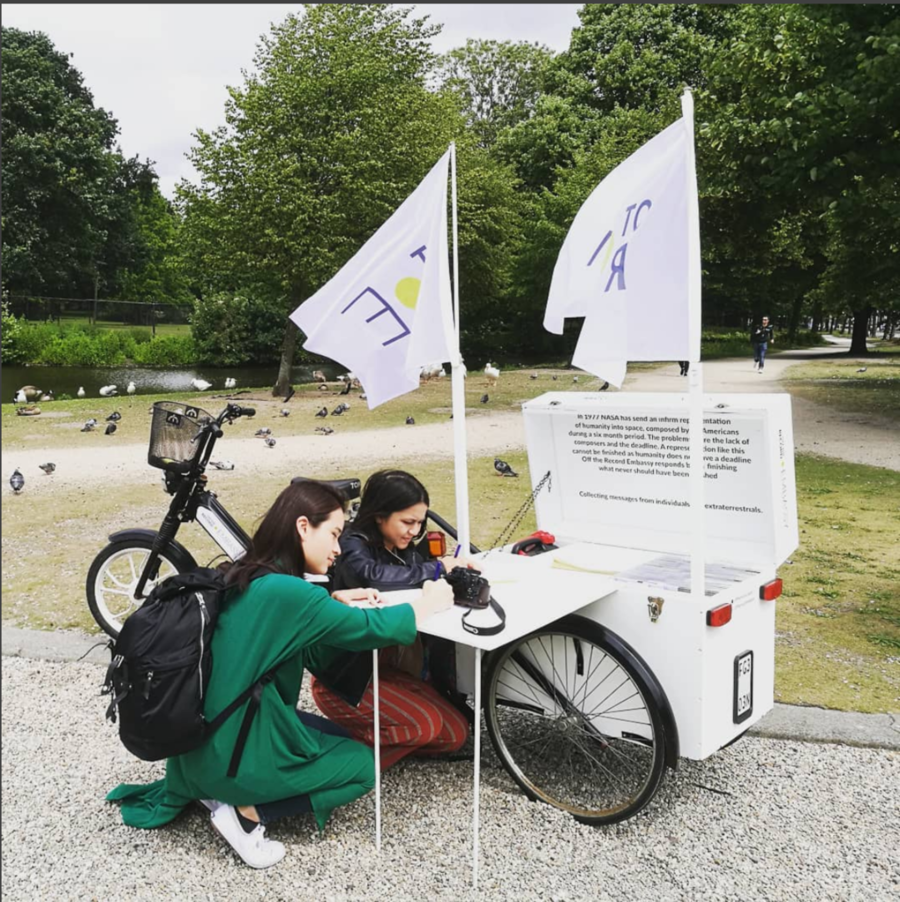 project by: Guido van Werkhoven
The golden record is a record composed by six Americans during a six month period. It had the only purpose to represent almost all of humanity.

Humanity however, was never asked if they want to be a part of this project. NASA has send this record into space and now it’s only a matter of time before it will be found.

Representing humanity can be considered an impossible task. If you also claim to have done this with only six Americans, in just six months, the quality of this representation can be doubted. That’s why I will finish, or unfinish what never should have been finished.

Until the golden record is found, and proved itself, I cannot see it as anything else but a failed critical reflection of humanity. A failed version of what could have been a brilliant piece of representative advertising. As a graduating advertising professional, this bothers me greatly.

We have not been honest towards extraterrestrials. Nor have we been honest towards ourselves. The golden record is a project, that in its execution never should have suggested to be finished. That’s why I will finish, or unfinish what never should have been finished. I will do that here on Earth with an embassy. “Off the record Embassy”. Not intending to create a representation of humanity and prematurely send it to space. But with the intention to collect a certain amount of messages from people who wish to be represented by me.

Only when we get in touch with extraterrestrials, we will consider how to bring these messages to them. Until then, the message will stay here on Earth to guarantee its adaptability over time. This way it won’t end up like the golden record as a static project, but as a dynamic project. One of the most important factors to this project is the fact that it may not, and can never be finished. It cannot and may not succeed as a representation of all of humanity.

Where NASA in a passive manner (hardly anyone had a say in it), created an irreversible permanent representation of a humanity who is constantly changing, I see it as my lifework to recreate this finished project into a project that can’t be finished. I will ask people firstly if they want to be represented by me, and secondly if they would like to say something to extraterrestrials. I will travel the world as an embassy to represent the people willing to be represented.