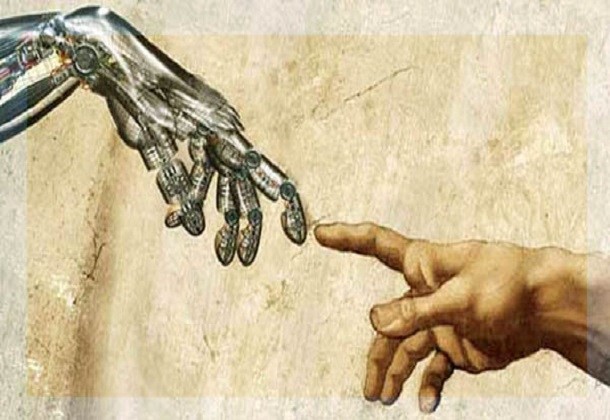 This term is really hard to explain because it is a term that is interpretable in many ways. Therefore I will start by explaining what Wikipedia (Wikipedia contributors, 2020b) explains as post-humanism. Post-humanism literally means after humanism or beyond humanism. According to philosopher Francesca Ferrando post humanism is an umbrella term. Meaning that it has more than one definition. Here are seven definitions she wrote:

1. Antihumanism: any theory that is critical of traditional humanism and traditional ideas about humanity and the human condition.

2. Cultural posthumanism: a branch of cultural theory critical of the foundational assumptions of humanism and its legacy that examines and questions the historical notions of "human" and "human nature", often challenging typical notions of human subjectivity and embodiment and strives to move beyond archaic concepts of "human nature" to develop ones which constantly adapt to contemporary technoscientificknowledge.

5. Transhumanism: an ideology and movement which seeks to develop and make available technologies that eliminate aging, enable immortality and greatly enhance human intellectual, physical, and psychological capacities, in order to achieve a "posthuman future".

6. AI takeover: A variant of transhumanism in which humans will not be enhanced, but rather eventually replaced by artificial intelligences. Some philosophers, including Nick Land, promote the view that humans should embrace and accept their eventual demise. This is related to the view of "cosmism", which supports the building of strong artificial intelligence even if it may entail the end of humanity, as in their view it "would be a cosmic tragedy if humanity freezes evolution at the puny human level".

7. Voluntary Human Extinction, which seeks a "posthuman future" that in this case is a future without humans. These are ways of thinking in a post-humanism way according to Francesca Ferrando. But to give you a little bit more of a basic meaning of the word post-humanism I will explain the word post-human to you (Wikipedia contributors, 2020a). Post-human is a concept that has been created in the field of science fiction, contemporary art, futurology and philosophy that means a person that exists beyond being human. The concept addresses questions of ethics and justice. To give you an image of the different ways you can interpreted post-humanism I will show you some examples of the very first post-humanist and a more modern interpretation. 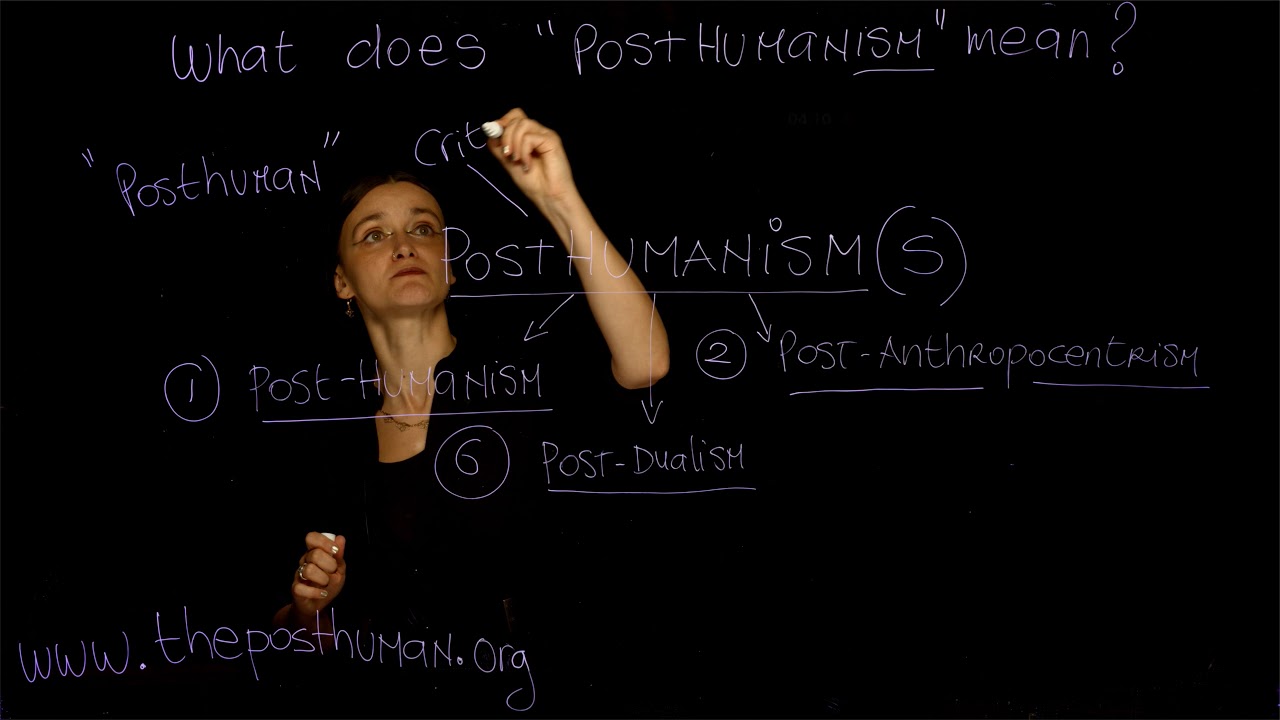 Friedrich Nietzsche was the first posthumanist. He was the first to identify an end of a humanist future. In his book “Also sprach Zarathustra” (Nietzsche & Richardson, 2013) Nietzsche emphasizes humanity as the means to an end. That end being the concept of the Übermensch. 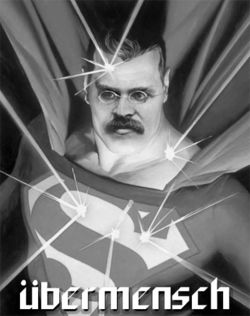 Übermensch can be translated as "beyond man". According to Nietzsche the Übermensch wil be utterly beyond human understanding or concepts. For example, Nietzsche said: “What is an ape to man? A laughingstock, a thing of shame? So too will man be to the Übermensch, a laughingstock, a thing of shame.” So here we see that Nietzsche identifies humanity as having no inherent value. And as something that could easily be overcome like an animal’s nature. In that sense he is the first post-human thinker.

Let's take a look at a more modern way of thinking in a post-human direction. In Donna Haraway’s book a cyborg manifesto (lydia zelda, 2012 & Rosanna McNamara, 2016) she explains the benefits of being a cyborg. 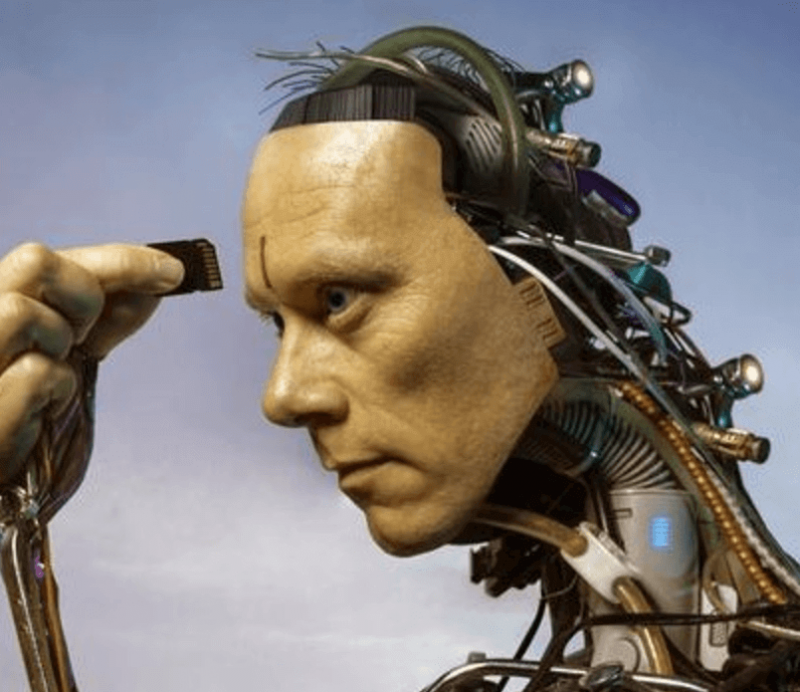 A cyborg is a half human half robot. This would mean that we could get rid of our gender. And by living our gender behind we could show our true powers and what we are really capable off without being judged on our gender.

This more modern post-human concept has technology take center stage in developing a post-human way of thinking. While technology wasn’t a part of Nietzsche’s Übermensch concept. This means that accord to Francesca Ferrando (Wikipedia contributors, 2020b) Nietzsche is a Philosophical posthumanism and Donna Haraway would be a Transhumanism. See above for explanation of these terms.

Both these thinkers see post-humanism as a good thing and as something to strive for. I however have a more skeptical way of looking at this because I don’t see how we should strive for a post-human society because of the following reasons.

I explain post-humanism as follows: Post-humanism means theoretically thinking of a world wherein technology or other sources changes/ruins our concept of humanity. This is how I explain post-humanism. It is a way of thinking. Therefore, it is different for everybody. It is very important to know for yourself what you think about the future of our humanity and how this is changing or can change because of technology or other sources. 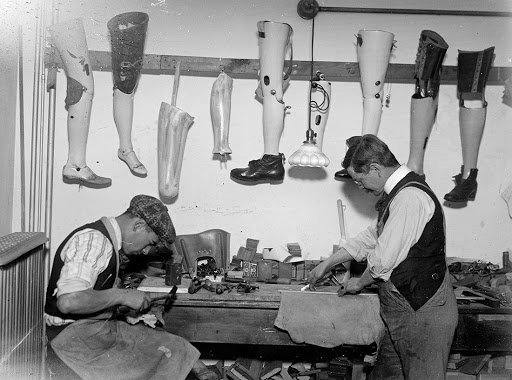 I think that being human means being a social being. We need to be socializing to feel alive. Without others we cannot live. We build our whole identity based upon others. This means that accord to Francesca Ferrando (Wikipedia contributors, 2020b) I am a Philosophical posthumanism. See above for explanation of these terms.

Take Neon Genesis Evangelion (Anno, 1995) for example. This series is about the end of the humankind as we know it. What is interesting in this series is not how humans are trying to save themself but what they think about the end of humanism and what it means for them to be human. The main characters struggle a lot with human connection. This makes them very lonely. They realize that they are willing to end their lives because of this. They feel that humanity is only worth saving if we can unite with one-another. So, the true purpose of a human is to interact. This is also what we as humans have been doing form the beginning of time. And this is also what separates us from other creatures. I am going to end this article with some quotes from this Neon Genesis Evangelion: “Part of growing up means finding a way to interact with others while distancing pain.” - Misato Katsuragi.

See this video from 06:42 till 11:57 to get a better understanding of the phycological path of the main characters: