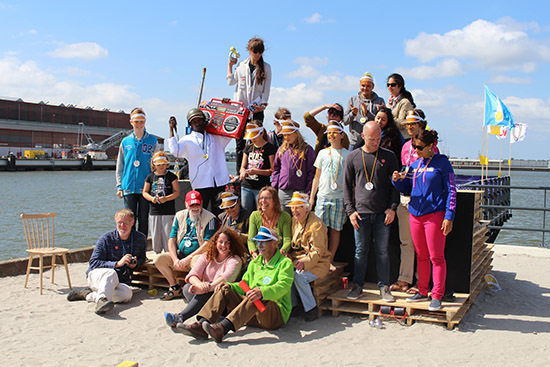 The RDM (Rotterdamsche Droogdok Maatschappij) is a former shipbuilding wharf located in a remote area in the harbour of Rotterdam. Due to the isolated location, the company built the village of Heijplaat in 1914 to provide housing for its employees. Since the 1990s however the area has undergone a series of important transformations, many of which have had a negative impact on the local population. My project 'Samenspel' focused on this specific location, and also on the question: how to reshape the connection between the RDM wharf and the village? Can I design (the implementation of) a new function for the RDM that attracts the local population?

When the RDM wharf went through a serious crisis during the 1990s, many people from Heijplaat lost their jobs. The village has been in a state of transition ever since; it doesn't seem to be functioning as it was originally meant to. Many recreational activities and former functional spots in the area have shut down, and there has been a gradual increase the number of empty houses. Though the harbour area is connected to the city by a ferry service, it remains difficult to reach and it is seen by outsiders as too far from the city centre. The recently developed RDM Campus and Submarine Wharf provide facilities and host projects for applied research, innovation and experimentation, which attract visitors and users from outside the village of Heijplaat. These social, cultural, educational and business activities in the RDM area are no longer addressed to the residents of Heijplaat, resulting in a malfunction in the social structure and the connection between the inhabitants and their surroundings.

The port of Rotterdam and the village of Heijplaat have embarked upon a three-year restructuring process starting in 2014, the 100th anniversary of the foundation of Heijplaat. The village is inhabited by a community which revolves around clubs and associations. I joined a residents' initiative whose goal was to establish a Jeu de Boules (Pétanque) club. I planned to set up and design the club's identity. On June 15, 2014, my activities and my collaboration with the club, which were meant to go on for two years, resulted in the first Heijplaat Jeu de Boules Tournament on pier 2602, at 'the entrance side' of the RDM area. The Pier was recently reopened after renovation but lacked a specific function and was thus underused. Therefore I decided to claim this piece of public space in order to reuse it, as a meaningful and exciting temporary event location. On that day we played Jeu de Boules with a mix of local residents from Heijplaat and visitors from other parts of Rotterdam. The 'image' of that day was defined by the location itself as well as the participating teams. I curated and visually designed these elements with the participation of many businesses within the RDM area. The community of Heijplaat residents reconquered on that day the RDM area, and the RDM companies intensified their contact with the local residents.

This project started as part of Janneke Absil's Minor programme (Public and Private) and 'ended up' being part of her Graphic Design graduation project at the Willem de Kooning Academy. 'Samenspel' was made possible by/many thanks to: City of Rotterdam Art and Culture, Van Es Zand & Gravel BV, Kruiswijk BV, Franklin Offshore, 100 jaar Heijplaat, Dokkaffee and all the participants. The tournament day was filmed by: Niels van der Vaart, 31,1 Film. Film by Janneke Absil. 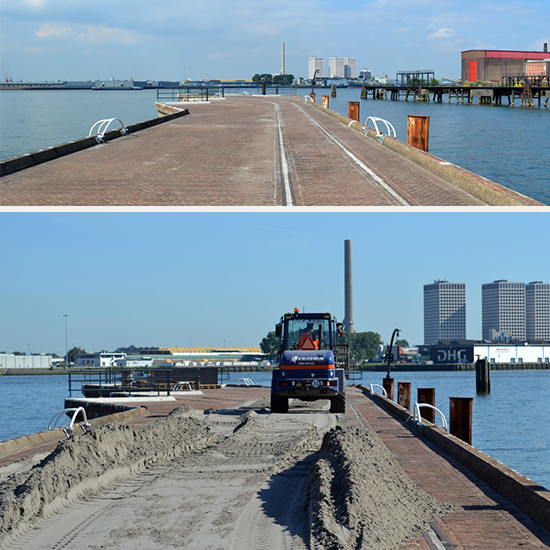 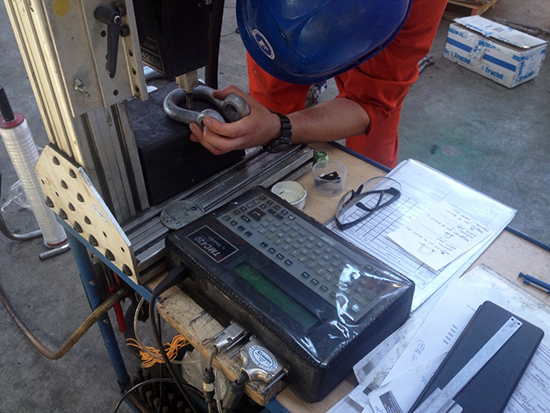 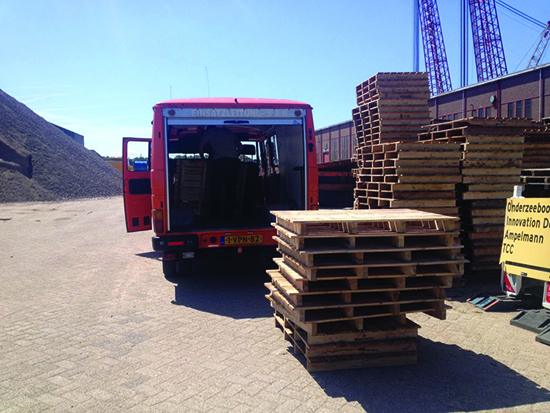 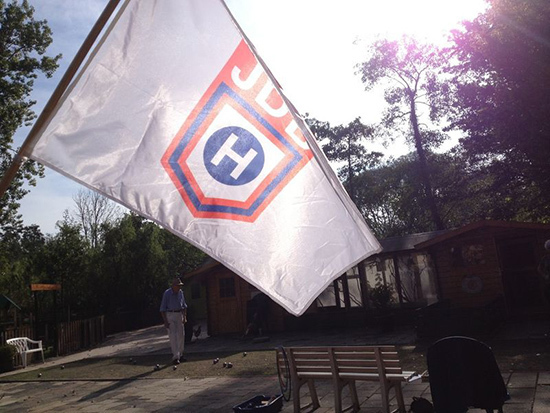 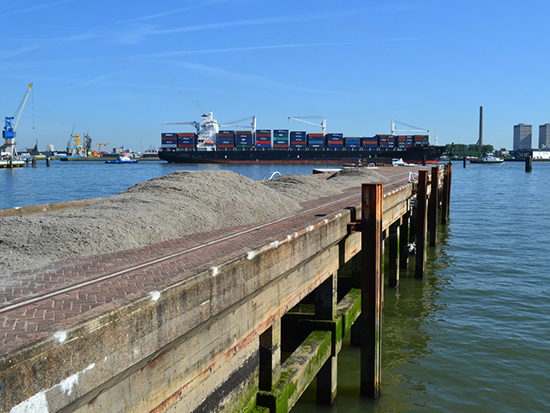 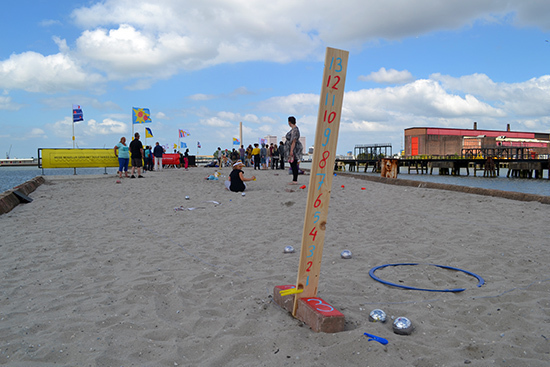 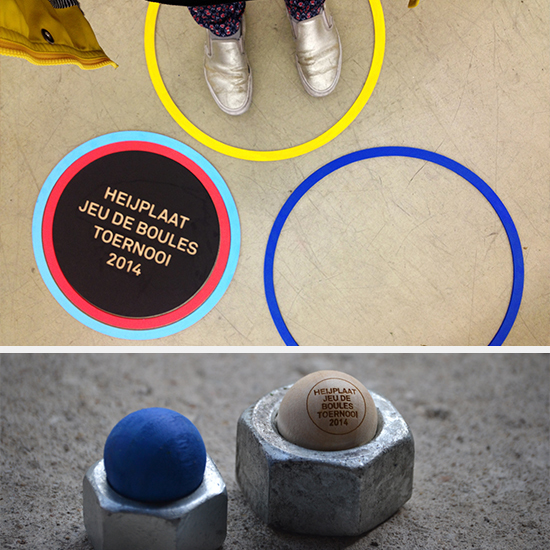 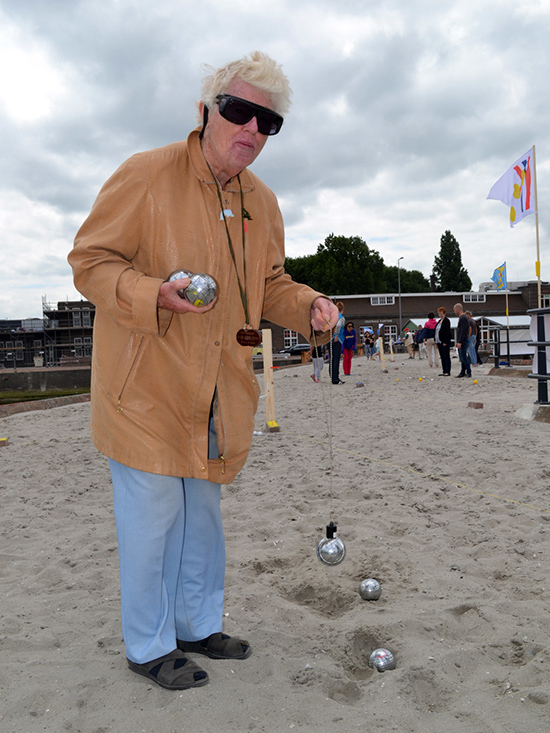 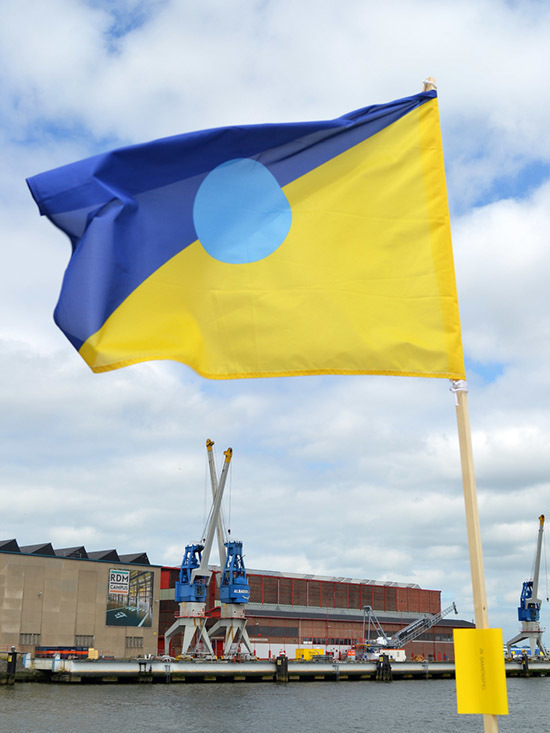 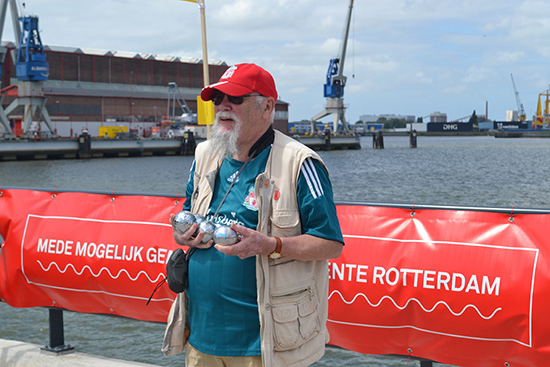