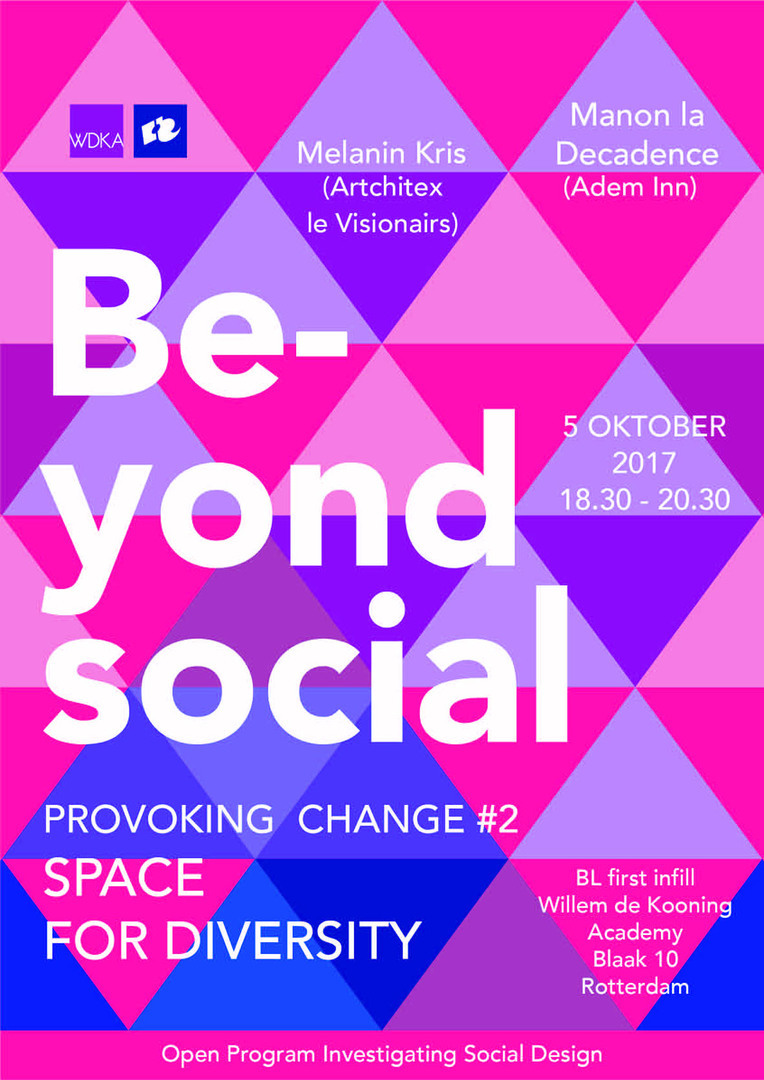 During the last few years, a number of conservative actions in the US and Russia led to a surge of protests for more inclusive spaces, for racial, sexual and gender identities. Examples of such events are the prohibition of rainbows in Russia and the proposed ban of transgender military personnel by U.S. President Donald Trump. Given these tensions, safety becomes an important issue in social art and design.

How do we ensure safe spaces where individual identity can flourish, regardless of race, gender and sexual orientation? How can we create a dialogue in which we enable such a safe space and preventing epistemic (heteronormativistic / white privileged) violence in a world in which this flourishes? This night, Manon la Decadence from Adem Inn and Melanin Kris from Artchitex le Visionairs take us on a journey towards more safe inclusive spaces.

Manon la Decadence studied Humanistics but is better know as a genderclown, hosting safer spaces in Rotterdam with their GenderBendingQueerParty and Get a Room! at WORM, and talks and support groups at The Hang-Out 010 and Adem Inn.

Melanin Kris produces sound, still and motion pictures that can be read as 21st century imagining of afro-futuristic aesthetics. "We believe all are conscious co-creators of reality and therefore Artchitex of the future. We do not believe in limitations but celebrate results. It's a lifestyle". "Spoken word is expressive and enables performers to speak openly and honestly about issues in a controlled and safe environment".