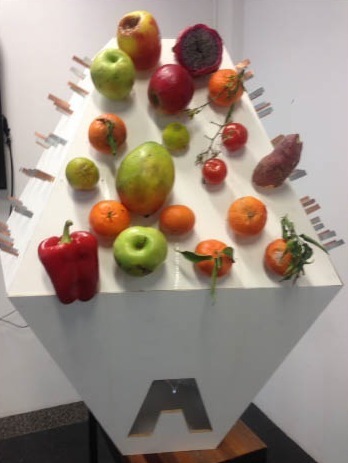 The Afrikaanderwijk market is one of the largest markets of the Netherlands. After a market day there remains a large amount of waste behind. Part of it is still good for consumption but the other part is so rotten that you can not do anything with it. We thought ...

From experiment to a product

Or..? Could it be still of value to the operators on the market and for the district? We have investigated the amount of different fruit and vegetable waste on the Afrikaandermarkt and the possibilities of alternative use. We have learned that you can get energy from fruit and vegetable waste by turning it into a kind of battery. Further reading about our research findings: New Lights on Waste

After the analysis of the amount and type of waste, we have been in discussions with several parties within the Afrikaanderwijk how to make it of use. We found out that in their perception there is too little light on the market and in the district, which creates a negative atmosphere. Our idea is to create a light source with the fruit and vegetable waste and thus improve the unpleasant reputation of this district. This option we have further developed, resulting in a prototype.

Through the experiments we came up with two ideas which could generate energy.

The first version was to pin complete fruit pieces to make a circuit, the second was to crush the fruit, put it in trays and to generate energy out of it.

We think the first option is more inspiring for people on the market having a first contact with this phenomenon: the design is open for participation and the mechanism is very visible.

The idea is simple; people can pin fruits and vegetables on a piece of zinc and copper. As soon as the circuit is completed the light comes on. 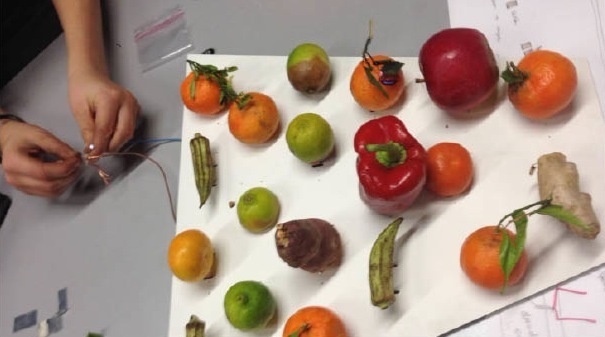 Last but not least we included the A of Afrikaanderwijk in the design to refer to the local context. 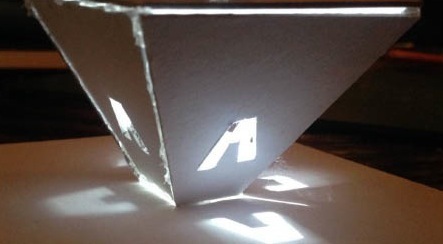 The Art of the Inclusive City