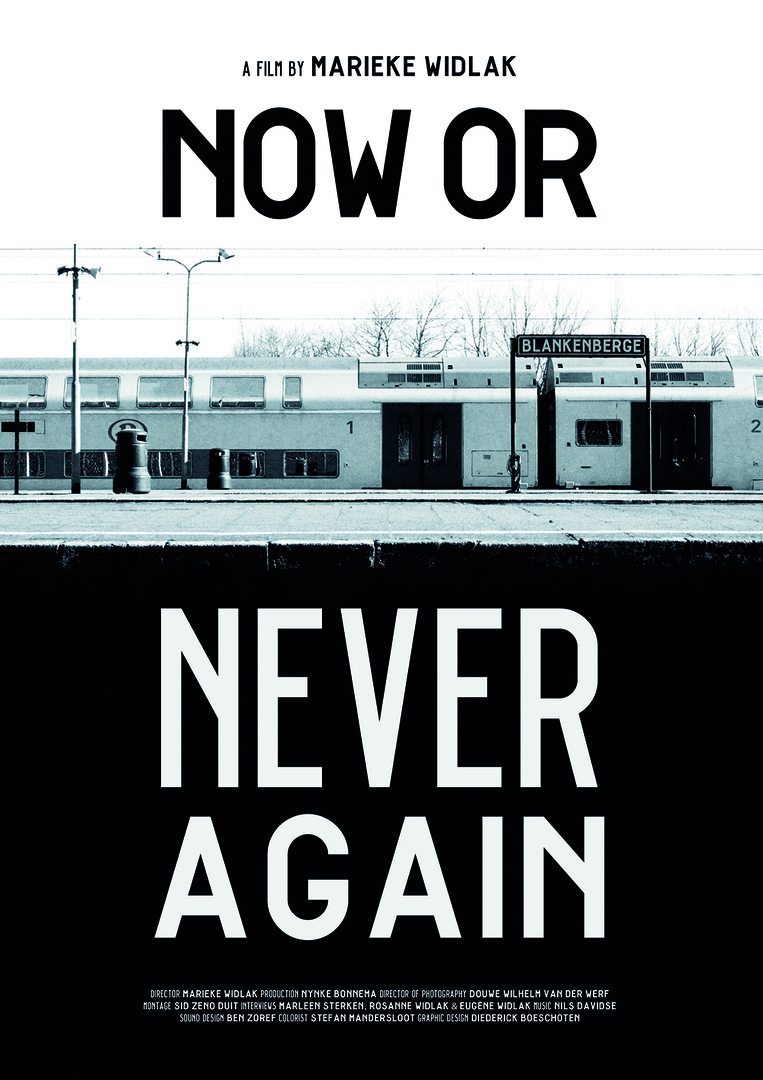 After her sister chose to end her life, filmmaker Marieke Widlak was left with a helpless feeling. Had she ever told her sister how much she loved her? How much she valued her? In the film Marieke searches for answers by asking her father, mother and her other sister. NOW OR NEVER AGAIN is a tribute to the declaration of love.

The doors of the only train are open. The platform at the Blankenberge railway station looks desolate. This is where filmmaker Marieke Widlak saw her sister for the last time. Slowly the doors close and the train takes off; we embark on a journey.

Marieke asks her parents and younger sister how they remember this last moment. Do they also feel they have fallen short? Moreover, what do they think about the way Marieke expresses her appreciation for them, does she show her affection to her family?

As the train continues we are taken on a journey along the uncertainties around unexpressed love. Various views of the passing landscape strewn between the intimate conversations allow the spectator to contemplate. This train ride evolves into a journey full of thoughts and symbolizes the search for answers. Will she succeed in overcoming her uncertainties by saying what needs to be said? This film takes you to the now, so you seize your chances before you will never have this opportunity again.

NOW OR NEVER AGAIN shows the process of personal growth caused by an issue that people rarely give thoughts to. It displays an intimate portrait of a family, in which the openness around mourning is salient.

August 6, 2010 is the date of when my older sister Brechje committed suicide. At her funeral I spoke to her. Strange, I thought, to talk to someone who is not here anymore. I told my sister what she meant to me and how important she was to me. I felt grief, frustration and helplessness, because I realized I was too late. Why did I never tell my sister before how much I valued her? I wondered if my family had the same experience, do they also feel they were too late?

I couldn’t uncover the answers myself, so I decided to ask them, my loved ones: my father Eugène, my mother Marleen and my younger sister Rosanne. They are after all, just like me, ‘experts’ when it comes to dealing with the loss of a loved one.

My goal with this film is to create urgency for the here and now. Specifically, to declare your appreciation to the ones you love, now in this moment, where it is possible. By speaking about it openly in the film, a situation is created to project yourself into the story. In this way the film can offer understanding and support for those who have had a similar experience. It is not only about losing someone, but also dealing with the different emotions it invokes. I noticed that my family members all dealt with mourning in their own way. I was curious about these differences and I hoped to find answers to the questions I had regarding my own feelings.

The beauty of appreciating someone is in declaring and experiencing it in interaction. Now or never again. Therefore, I chose not to be in the screen, but I invite the audience to take my place, to create maximal engagement. The moving sceneries serve as intermissions, facilitating room for thought.

I made this film because it is important for me to share this story, regardless of personal aspects. My documentary is inspired by the work of Tessa Pope with her ‘Origin of trouble’ and by ‘Paul’s last Waltz’ by Lieza Röben. They offered me appropriate solutions for the question of how to share such an intimate story to the world.

Marieke Widlak (1993) is a young filmmaker from Rotterdam, the Netherlands. Her wish to make films derives from an urge to tell stories about the everyday life. Her fascination starts here. The focus is on seeing the extraordinary in the ordinary and becoming conscious about phenomena which have a tendency to become invisible in daily routines.

Why is it hard to tell someone how much you value them? Why is crying not always accepted? What is a sense of belonging? What does it mean to take responsibility for someone else?

In 2018 her debut film was released: NOW OR NEVER AGAIN. With this film she graduated from the Willem de Kooning Art Academy in Rotterdam. 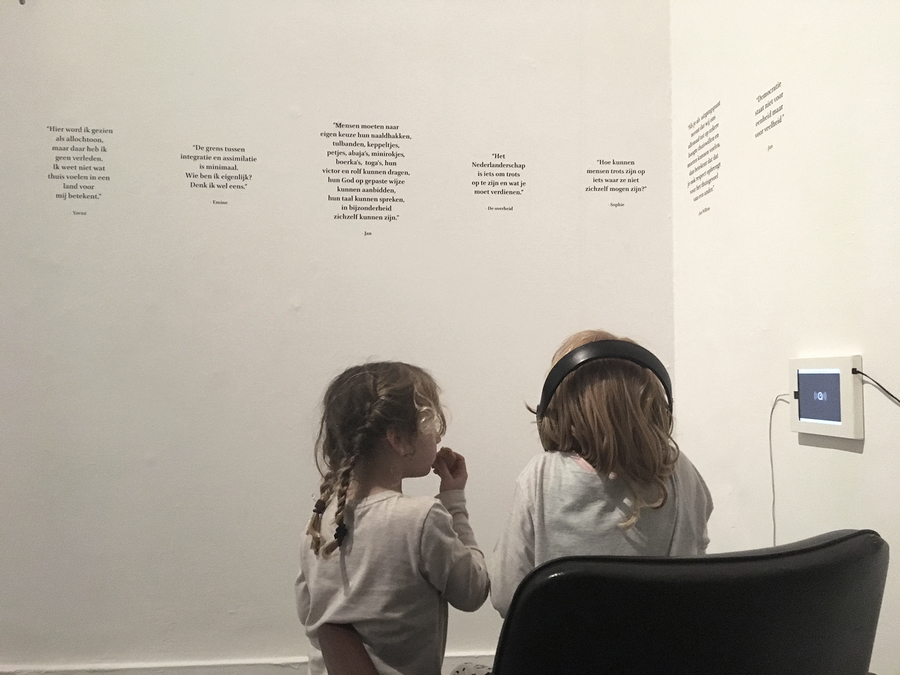