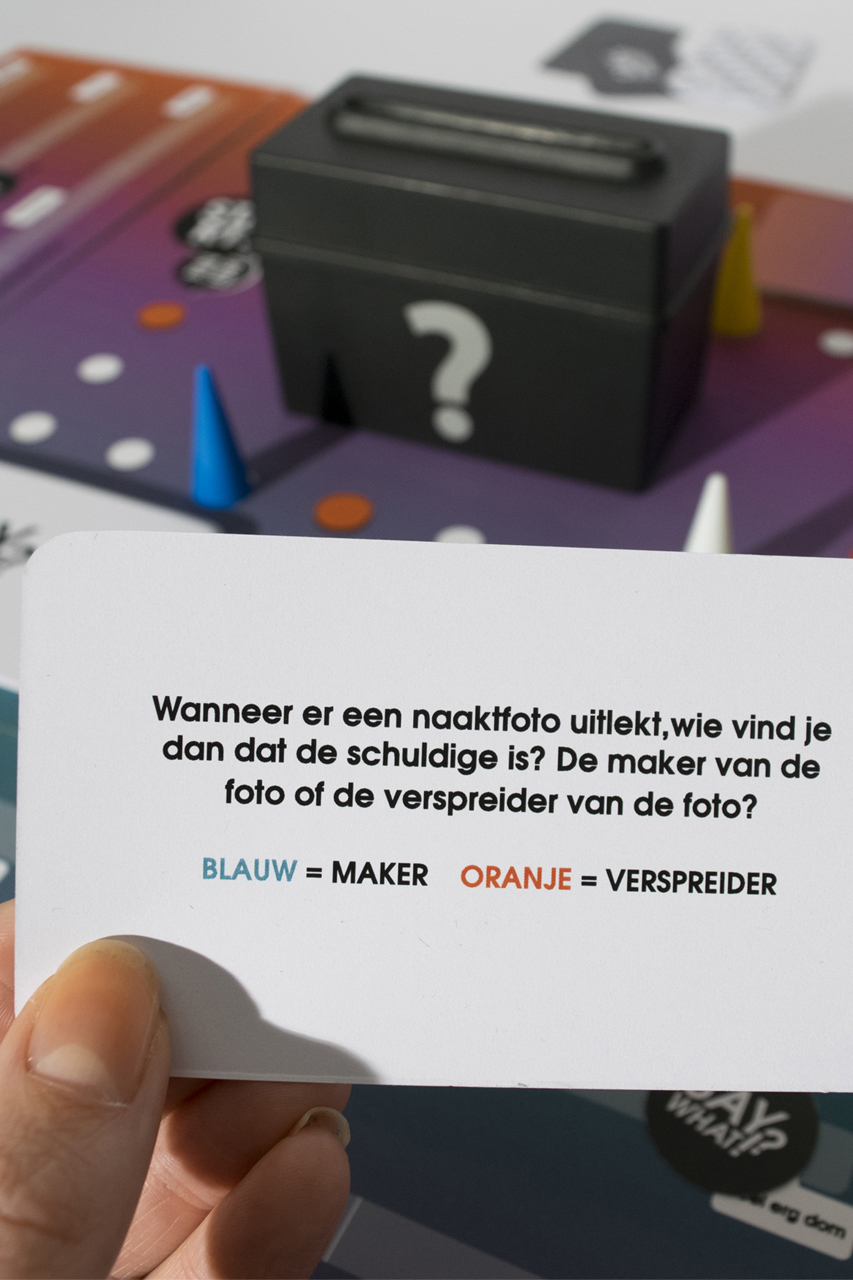 Let's talk about sexting
A project by Jasmijn Hoekman 88% of the self made sexual photos or videos will be forwarded and end up being exposed on various websites, with disastrous consequences. Especially this affects teenagers, causing them to struggle with guilt and shame. Revelations of this sort cause psychological damage and ensure that young people won’t talk openly about this. The game 'Say What?!" empowers youth concerning sexting. 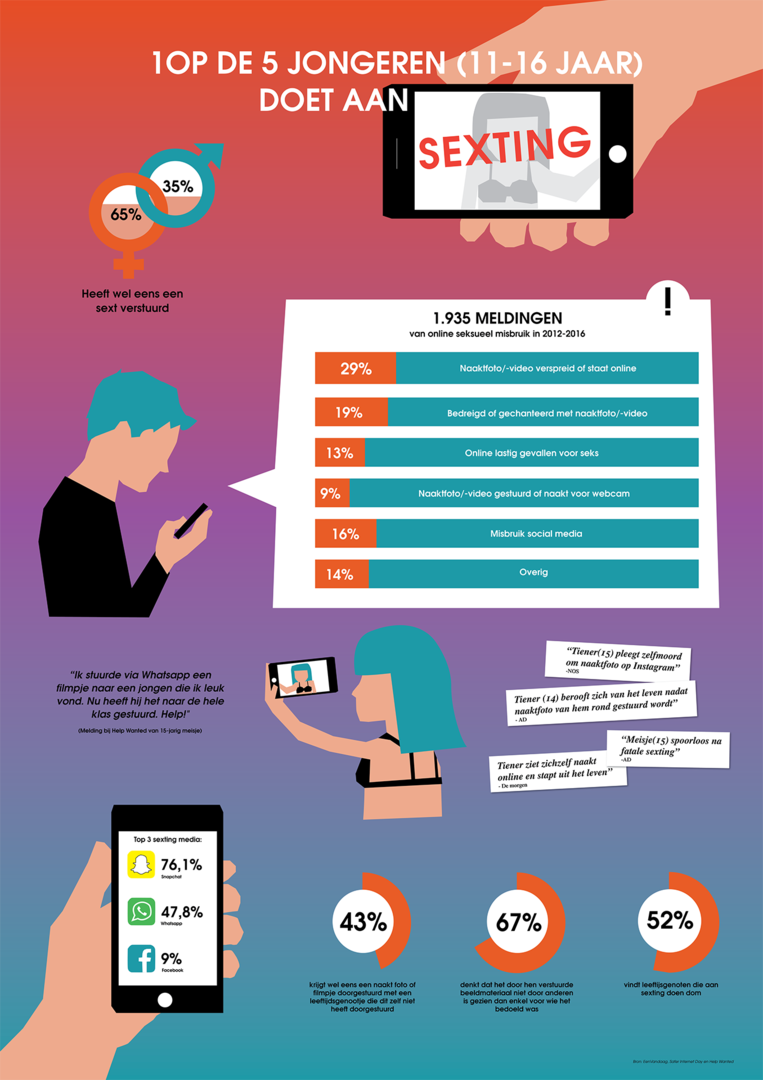 Is it their fault if their nude photo leaks? Because it is such a taboo to talk about these questions, I designed Say What!?. This method involves different game elements, that trigger discussion among teenagers about sexting. Designed to be used in mentor classes at high schools. While participating in this game, pupils will develop empathy and may change their behavior towards the victims of sexting. 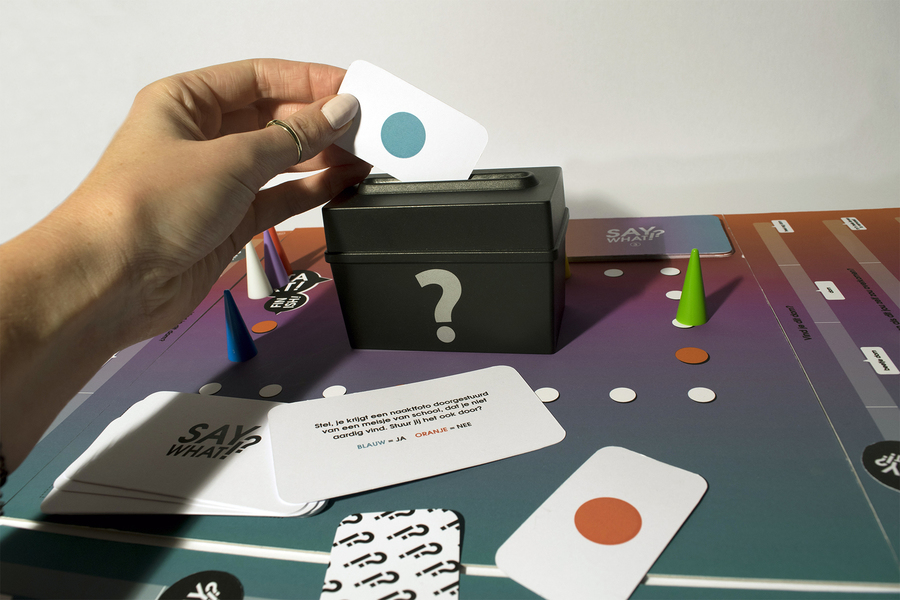 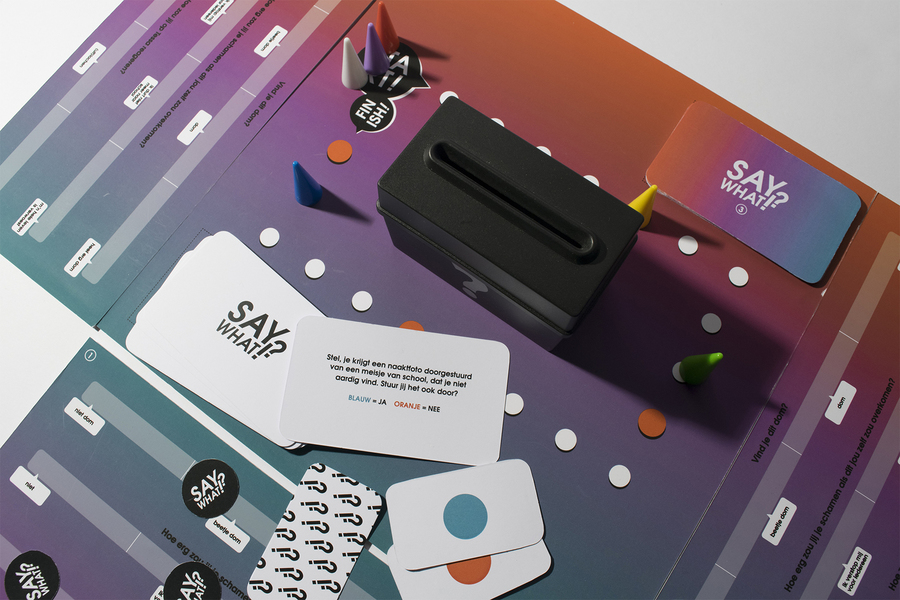 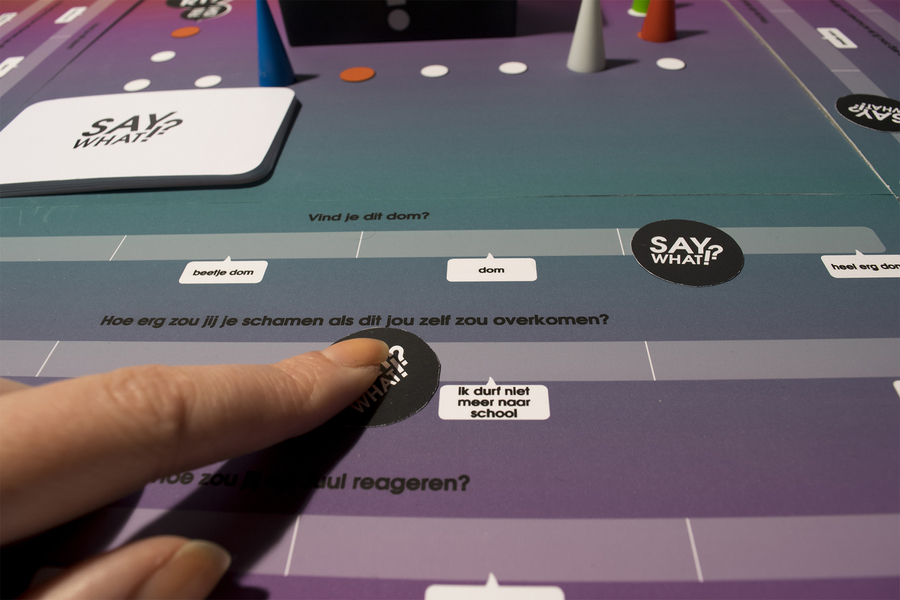 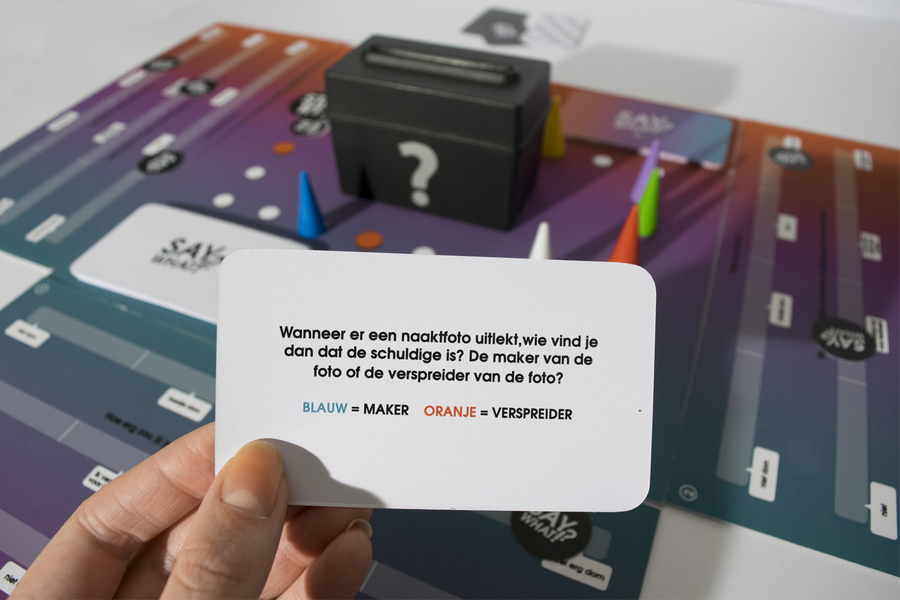 I really want to see a change in the way people think and react when a nude photo leaks. We have to stop blaming the victim. He or she is not stupid or dumb, we have to look at the spreader in stead of the one who send a photo. Why does someone not keep the picture for him or her self? This is the question we should ask, not why someone have send a picture (because, yes it can be fun). These questions and topics will be discussed while participating Say What!?. So with this game I hope to change the behavior towards the victims of sexting. And let them think twice before spreading someones nude photo. 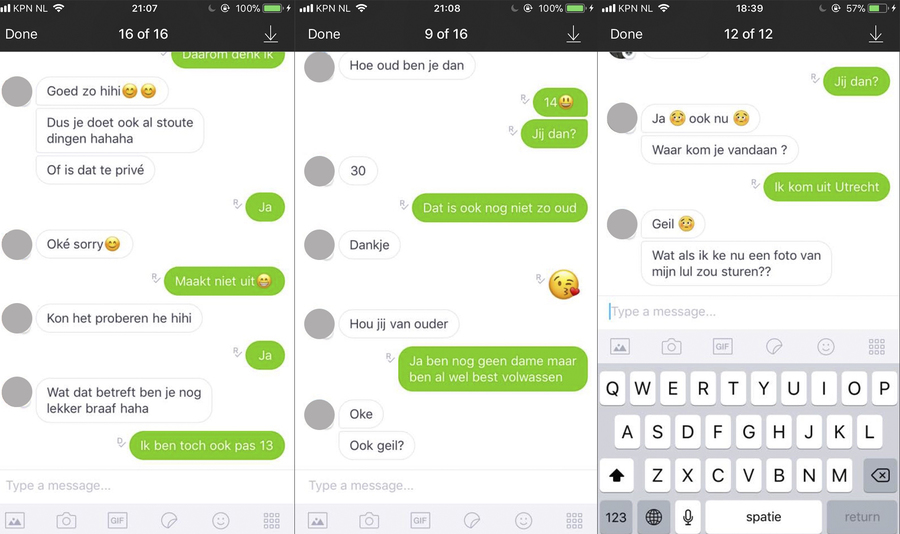 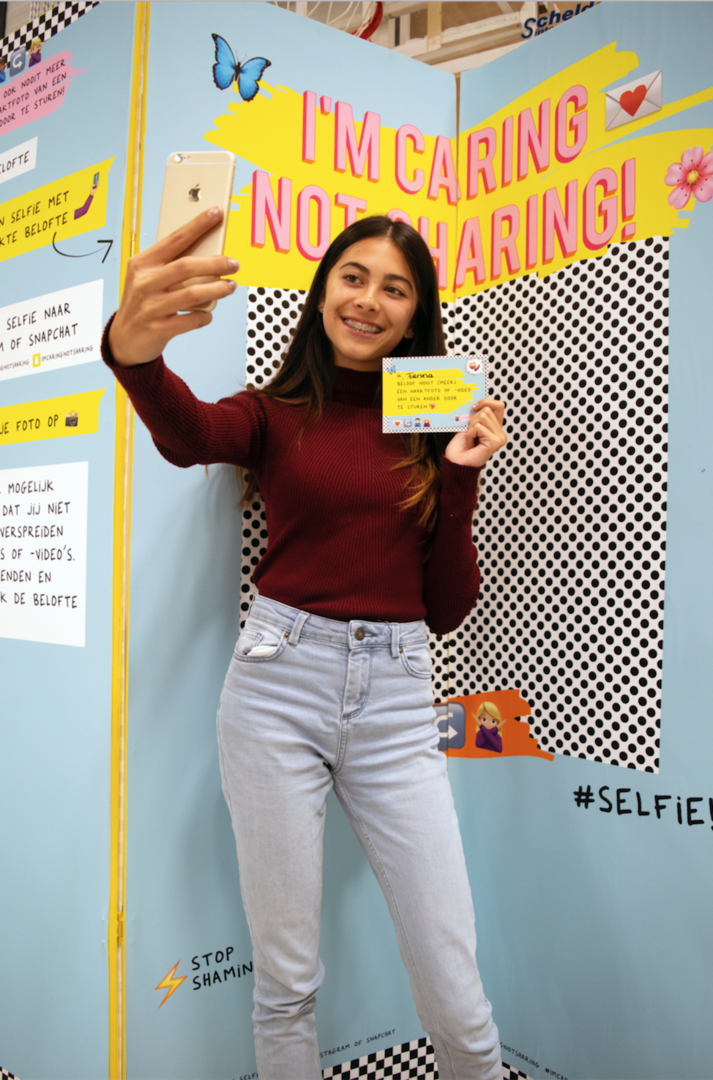